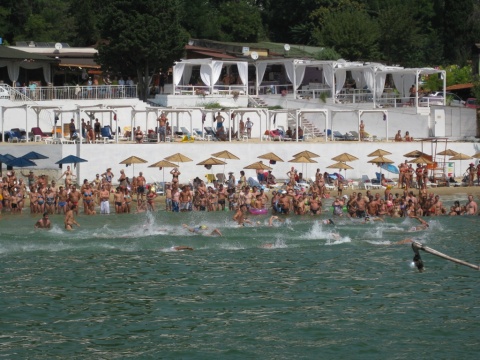 A Chinese delegation has expressed interest in developing charter flights from Shanghai to Nesebar. Photo by BGNES

Chinese investors from Shanghai have shown interest in launching, charter flights to the Black Sea town of Nessebar.

A delegation from Shanghai led by representatives of ACN Worldwide, a major property investment company, visited the southern resort on Monday and explored the opportunities for turning Nessebar into a popular holiday site among Chinese tourists, according to reports of the Bulgarian Telegraph Agency (BTA).

The participants in the delegation told Nikolay Dimitrov, Mayor of Nessebar, that they were interested in Nesebar as a tourist destination and had already started talks with the Bulgarian Transport Ministry for developing charter flights.

If implemented, the step could create conditions for thousands of Chinese tourists visiting Bulgaria's Black Sea coast each year.

The delegates also showed interest in the region and the rest of the country.

Dimitrov assured the guests that they could rely on the full cooperation of the Nesebar Municipality both for investment plans and for the provision of a quality tourism product.