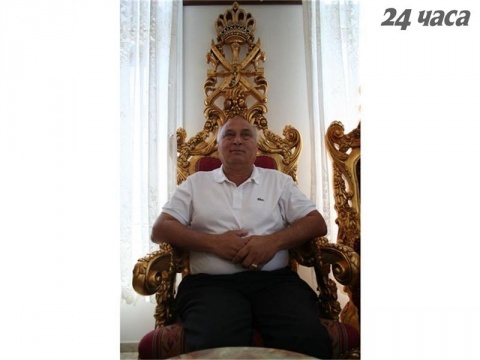 The information was reported by the private law enforcement officer in the second largest city of Plovdiv, Petko Iliev, cited by Monitor daily.

The reason for the sale are huge debts of the Rashkov family from unpaid local taxes and fees, which with interest amount to nearly BGN 70 000.

According to Iliev, all movable assets of the family will be auctioned, including furniture and appliances from the 6-story hotel in downtown Plovdiv, owned and currently occupied by the clan.

The law enforcement agent says that the family had not made a single payment voluntarily, adding the money from the public auction would not be enough to cover all their obligations, and some of their properties will also be listed for sale later.

The debt is for real estate taxes and thrash removal fees for two properties in Plovdiv, including an apartment and the said hotel, and for the so-called "castles" in the nearby village of Katunitsa.

Rashkov, a notorious Roma Barron, was detained at the end of September 2011 when his associates ran over and killed a local ethnic Bulgarian boy in Katunitsa. 19-year-old Angel Petrov is believed to have been killed because of a conflict with Rashkov's Roma clan.