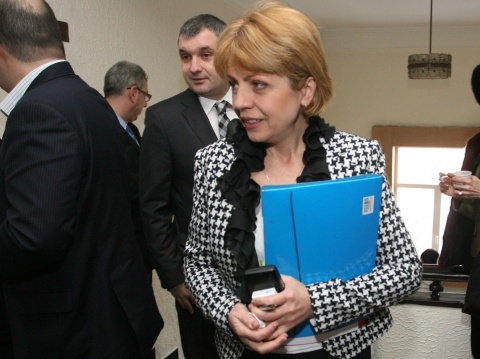 Bulgarian capital Sofia's Mayor Yordanka Fandakova will not accept the resignation filed by her Deputy, Mariya Boyadzhiyska, it has been made clear.

Boyadzhiyska, who is in charge for the environment, resigned on Monday over what has been widely perceived as her failure to deal with the city's vital stray dog issue.

"I will not accept her resignation. On the contrary, I expect her and her team to demand stricter measures for dealing with the stray dog problem even more tenaciously," Fandakova declared on Tuesday.

The Mayor pointed out that it has been Boyadzhiyska who has proposed legislative measures aiming to cope with the problem over the past two years.

"I consider it unacceptable for aggressive dogs and packs of dogs to stay on the street," Fandakova told the bTV private channel, reminding that even dogs which are not aggressive become dangerous when they are included in packs.

Fandakova further underlined that she loves animals and would not endorse a solution that is not humane.

Several dozen of thousands of stray dogs are estimated to be roaming the streets of Sofia – from the downtown to the outlying suburbs.

Public tensions over the issue escalated after last week a pack of stray dogs mauled a 88-year-old Bulgarian professor, Boteo Tachkov, who died of his wounds on Sunday.