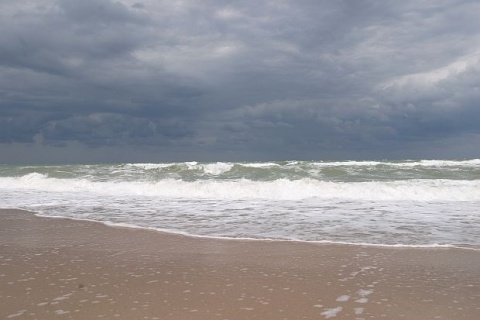 Romanians will be the largest group of foreign tourists visiting Bulgaria during the holidays in April and May. Photo by BGNES

Bulgarian resorts will welcome guests mostly from Romania and Serbia during the forthcoming Easter holidays, according to statistics of hotel owners.

The Union of Hotel Owners in the Bulgarian Black Sea resort of Sunny Beach has said that the first foreign guests are due to arrive at the end of this week.

The bookings at Sunny Beach span periods of 3 to 5-6 days.

Romanians will be the largest group of foreign tourists, with groups from Serbia and Macedonia also expected to arrive at the southern Black Sea resort.

Hotel owners at the northern Black Sea resort of Golden Sands have reported an increase in bookings by Bulgarians over the last few days, adding that the upward trend is due to the lower prices and the higher quality of local resorts as compared to Romanian ones.

The first groups of foreign tourists are due to arrive in Golden Sands on Thursday and there are bookings for short holidays in the first week of May.

Greek tourists are also expected to come to Bulgaria during the spring holidays, but they will mostly be visiting spa resorts like Velingrad and Sandanski.

Hotel owners in Velingrad and Sandanski say that the interest of foreign visitors has stayed about the same as last year.

There are also holiday bookings made by Greeks at the mountain resorts of Pamporovo and Bansko, the majority of them being individual travels for periods of 3 to 4 days.

Foreign tourists are also expected to visit the sights in the region of Veliko Tarnovo and Gabrovo in the central part of Northern Bulgaria, the largest group being once again Romanians.

Hotel owners estimate that the number of foreign visitors during this year's Easter holidays will stay about the same as last year's.