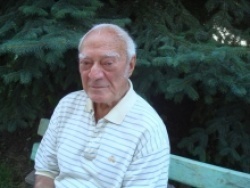 Professor Botio Tachkov, a renowned economist, who was brutally attacked by a large pack of stray dogs in Sofia and died as result, had been a devoted lover of animals and nature.

The statement was made by his niece Mariyana Kirilova, speaking Monday in an interview for the largest private TV channel bTV. The niece was adamant that her uncle would never have wanted to become grounds for a campaign for mass killing of stray dogs.

"Botio Tachkov was an open-minded and poised person, who loved nature and animals, which makes his dead so absurd. I, personally, cannot blame the dogs. This is just an animal, how can we blame it? I think we, people, are to be held responsible; we are all guilty. I hope his tragic dead can lay the foundation of something constructive so that we can finally eradicate this problem. He would not have wished for the dogs to be massacred. Those who failed to do their job must be the ones punished," Kirilova stressed.

Her words were backed by another niece of the Professor, Manuela Sergeeva, who could not hide her disappointment from the fact he uncle had returned to Bulgaria harboring strong love for everything in his native country, and got in exchange the most cruel dead.

Professor Tachkov, who was attacked and mauled by stray dogs in the Malinova Dolina quarter in the Bulgarian capital at the end of last month, died early Sunday morning at the Military Medical Hospital in Sofia. The cause of death was listed as multiple organ failure. He had serious cardiac problems during the entire hospital stay, despite the fact that his wounds had been heeling well.