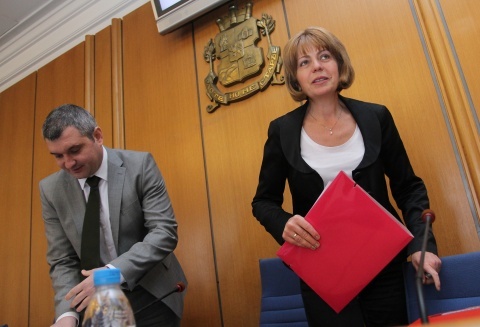 Mayor Yordanka Fandakova (R) during a citing of the Sofia municipal council on Thursday. Photo by BGNES

The stray dog population is one of the biggest problems that Bulgaria's capital Sofia is facing, the city's Mayor, Yordanka Fandakova, has reiterated.

"It is important for me that packs of stray dogs are removed from the streets of the city," Fandakova declared on Sunday.

"European norms do not exclude euthanizing aggressive animals or others, provided this is allowed by the local legislation," she pointed out, as cited by the Bulgarian Telegraph Agency.

The mayor's comment follows a tragic accident that took place in the Bulgarian capital.

The news that Tachkov was attacked by aggressive stray dogs triggered public outrage, as the city has been struggling to cope with its increasing stray dog population for years now. There are officially some 10 000 stray dogs in Sofia, though some believe their number is far bigger,

The other key problems Sofia needs to cope with are the lack of available places in kindergartens, the condition of the city's roads and the rehabilitation of residential buildings, according to Fandakova.