FinMin: Bulgaria Could Use Fuel Reserve to Tame Prices 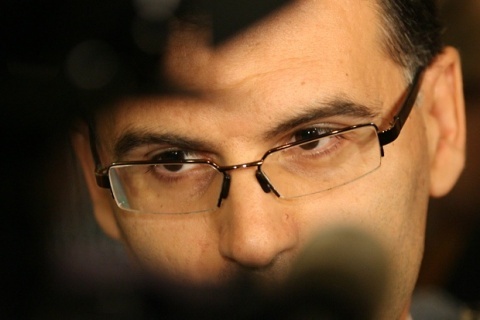 BGNES
Using the state's fuel reserve might be the best option for keeping down fuel prices in Bulgaria, according to Bulgarian Minister of Finance Simeon Djankov.

During a visit to Haskovo Saturday, Djankov opposed an idea voiced by cabinet colleague, new Minister of Economy and Energy Delyan Dobrev, who had suggested that Bulgaria could lift the requirement of a biofuel component to alleviate the costs of producers.

"The biofuel component is a requirement of the EU and there is no way we can give it up," said Djankov.

The Minister of Finance also dismissed any options for decreasing the excise tax on fuels.

"We cannot drop the excise tax, not even for a minute, for as things stand now we are close to the minimum for the EU," explained he,

"The best option couuld be opening of the state reserve, which would tame fuel prices for some weeks," stated Djankov.

However he clarified that his can happen only if coordinated with the entire European Union, and will have only a temporary effect.