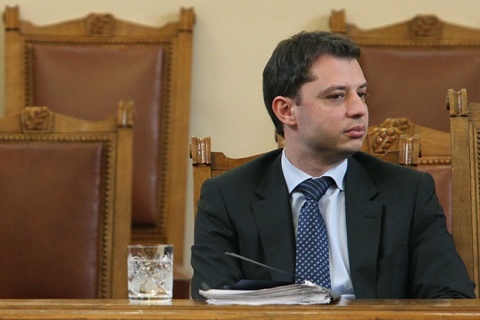 Energy and Economy Minister Delyan Dobrev has voiced criticism regarding the work of the BSMEPA. Photo by Sofia Photo Agency

The Bulgarian Small and Medium Enterprises Promotion Agency (BSMEPA) may be closed after its functions related to the Competitiveness Operational Progam get transferred to a Directorate of the Ministry of Economy, Energy and Tourism.

The other responsibilities of the BSMEPA may be transferred to the InvestBulgaria Agency which is currently in charge of large-scale investors in Bulgaria, according to Energy and Economy Minister Delyan Dobrev.

Speaking in Parliament on Friday, he explained that the BSMEPA was doing a poor job in executing its main functions related to the Competitiveness EP.

"Unfortunately, it is not very efficient at this stage and we plan to change the articles of association so that the intermediate unit at the BSMEPA becomes a part of a Chief Directorate at the Ministry of Economy and Energy, thereby uniting the functions of the two authorities. I believe that this will make work on the Competiviveness OP more efficient because our tasks in the sphere are very ambitious. In this line of thought, this main responsibility of the BSMEPA will be redirected. We shall then need further analyses to determine whether the remaining 20-25% of its responsibilities should remain with the Agency, following due staff cuts," Dobrev stated.

He added that the BSEMPA could not face closure, but the final decision on the matter was yet to be made.

The idea to close the BSEMPA was put forth by center-right party GERB in mid-2011 but was not fully developed.

On Thursday it was revealed that the BSMEPA CEO, Mariyana Velkova, had pocketed an extra payment of BGN 17 000 in 2011 for her work on an EU project.
BSMEPA officials received a total of around BGN 130 000 in extra payments for the whole of 2011.
Asked to comment on the matter, Dobrev said that "to my knowledge, the Agency manages a project worth BGN 28 M and these are payments for the team carrying out the activities on the project."

The BSMEPA distributes money under the Competitiveness OP for the participation of Bulgarian companies at international exhibitions and has earned substantial negative coverage for its performance in the sphere.