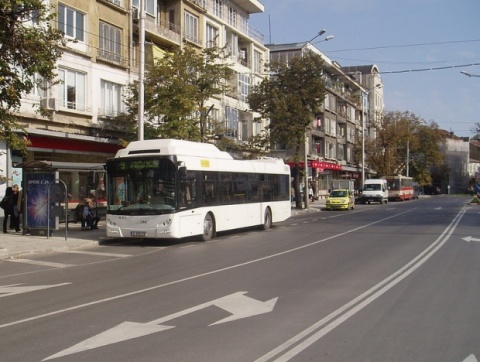 Bulgarian transport companies have called on the government to ask the EC for a reduced excise rate on fuel used in public transport. Photo by dariknews.bg

Transport companies have called on the Bulgarian government to ask the European Commission about a reduction in the excise duty levied on fuel used in public transport.

The request was stated during a round table titled "European Rules for Public Transportation of Passengers and Transport Policies of Municipalities and the State" held on Friday.

The discussion featured representatives of branch unions in the transport sector, the Automobile Administration Executive Agency, the Bulgarian Industrial Association, owners and managers of transport companies, mayors and municipal councilors.

Ivan Angelov, Chair of the Branch Union for Economic Initiative in Transport, said that some 50-100 carrier companies disappeared from the market every year.

Georgi Miloshev, Chair of the Bulgarian Federation for Passenger Transport, explained that companies specialized in passenger transport had dropped by 12% in the past four years.

Representatives of the Branch Union for Economic Initiative in Transport insisted that municipalities ought to sign long-term contracts with Bulgarian carriers to give the firms the opportunity to invest.

They claimed that the step would guarantee the renewal of bus fleets and the presence of local companies on the market.

Heads of transport companies urged representatives of state bodies to engage in an active fight against illegal means of transportation.

"We impose tough sanctions so as to curb unfair competition," said Damyan Voynovski, Chief Secretary of the Automobile Administration Executive Agency, adding that over 40 number plates had been taken off busses since the beginning of the year.