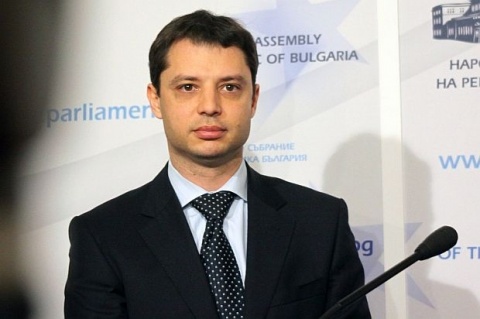 Economy and Energy Minister Delyan Dobrev has said that Bulgaria should refrain from hasty decisions in its efforts to reduce fuel prices. Photo by BGNES

Commenting on measures to tackle climbing fuel prices, Economy and Energy Minister Delyan Dobrev said in Parliament that the removal of the bio component from diesel would lead to a BGN 0.05 price cut.

Speaking after Thursday's meeting with Lukoil Bulgaria CEO Valentin Zlatev, he voiced worries over the situation, adding that before taking steps, their impact had to be analyzed.

"According to Valentin Zlatev, the removal of the biofuel component from diesel should result in a BGN 0.05 price reduction. Apart from that, if the requirement for fuel distributors to keep mandatory reserves for 60 days is dropped, or the number of days is reduced, rates could drop by some more stotinkas. All analyses point to prices cuts within stotinkas, except for the proposal to change the excise duty rate, but as you well know, we have the minimum rate. What is more, the derogation granted to Bulgaria still applies and we are yet to adjust our national level of taxation to the EU minimum rate. Therefore I cannot say if this is at all possible or how long it would take to do it," Dobrev announced.

He reminded that the introduction of the bio component in diesel was part of a commitment of Bulgaria as an EU member state and that the country had goals to achieve by 2020.

"We had a period last year when this obligation was dropped. Naturally, we must refrain from hasty decisions and we must estimate precisely if the desired effect will be achieved and if this will not affect other sectors of the economy," Dobrev remarked.

Bulgaria's Energy Minister refused to commit to a forecast about oil prices on international markets but noted that Bulgaria has to be ready for a scenario involving an Iran war and a crude oil price spike by USD 20.