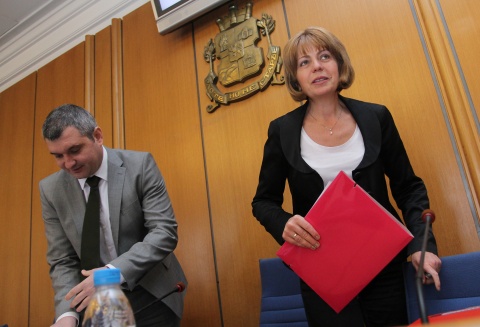 Mayor Yordanka Fandakova (R) during a citing of the Sofia municipal council on Thursday. Photo by BGNES

More dog shelters will be constructed in Bulgaria's capital Sofia, Mayor Yordanka Fandakova has once against promised.

"In order not to have aggressive stray dogs on the streets, we need to build more shelters," Fandakova declared on Thursday, adding that a municipal regulation has to be amended in order to achieve that.

"There have to be clear criteria on which dogs are aggressive. We cannot wait for a dog to bite a human in order to prove that its is aggressive. In my opinion, dogs who scare people are also aggressive," the Mayor also commented.

"The stray dog issue is extremely difficult and and it will be our top priority in the future," Fandakova said, as cited by BGNES.