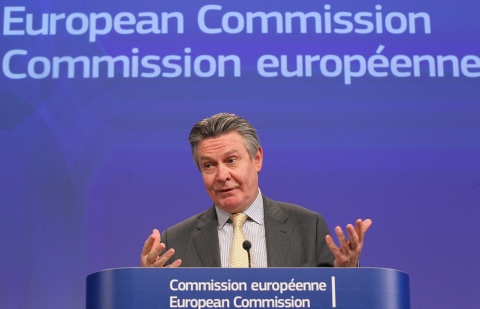 The European Commission has taken the next step in referring the controversial Anti-Counterfeiting Trade Agreement (ACTA) to the European Court of Justice (ECJ), the Commission press service announced.

By agreeing on the legal submission to be put before the ECJ, the Commission aims to respond to the wide-ranging concerns voiced by people across Europe on what ACTA is about and whether it harms fundamental rights in any way, the institution said.

Meanwhile, it has also urged the European Parliament to delay a vote on its position on ACTA until the ruling of the ECJ is finalized.

"I am very pleased that we are now one step closer to ensuring clarity on ACTA. As I said when I first proposed this action in late February, I believe the European Commission has a responsibility to provide our democratically elected parliamentary representatives and the public at large with the most detailed and accurate information available," EU Trade Commissioner Karel De Gucht stated.

"Most of the criticism against ACTA expressed by people across Europe focused on the potential harm it could have on our fundamental rights. So, a referral will allow for Europe's top court to independently clarify the legality of this agreement," he added.

De Gucht went on to say that the European Union is founded on respect for the rule of law, and, considering that tens of thousands of people have voiced their concerns about ACTA, it is appropriate to give the highest independent judicial body of the EU the time to deliver its legal opinion on this agreement.

"This is an important input to European public and democratic debate. I therefore hope that the European Parliament will respect the European Court of Justice and await its opinion before determining its own position on ACTA," he argued.

The legal submission agreed by the College of Commissioners on Wednesday is a broad legal question which will allow the European Court of Justice a detailed examination of whether ACTA is in line with European Fundamental Rights such as the freedom of expression and information or data protection and the right to property including that of intellectual property.

The question which has been agreed upon unanimously is: "Is the Anti-Counterfeiting Trade Agreement (ACTA) compatible with the European Treaties, in particular with the Charter of Fundamental Rights of the European Union?"

The EC reminds that ACTA is an international trade agreement that which is technically supposed to help countries work together to tackle more effectively large-scale Intellectual Property Rights violations.

In Bulgaria, as in many other EU member states, however, there have been mass protests against ACTA as it is perceived as a crackdown on information sharing, and online piracy. The protests led the Bulgarian Cabinet to sign it with reservations.