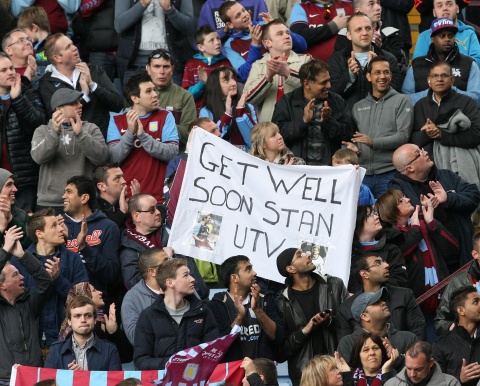 Aston Villa may play Celtic in a friendly match in a tribute to Villa captain Stilyan Petrov, who was shockingly diagnosed with acute leukemia last week.

"Due to the overwhelming support and emotion shown here and at Celtic Park, we support the idea of a pre-season tribute match at Villa Park," a Villa fans' statement has said.

"Money from the fixture could be raised for a leukaemia charity of Stan's choice."

One fan had the idea of making the ticket price GBP 19 in tribute to Petrov's shirt number.

Petrov spent seven years with the Scottish giants and was a prior to his move to the Midlands in 2006. The 32-year old Bulgarian international is a fan favorite at both Villa Park and Celtic.

Numerous football players, officials and fans across Bulgaria and Europe have shown their support for the captain of Bulgaria's national team.

Petrov started treatment for acute leukaemia at a London hospital on Monday.