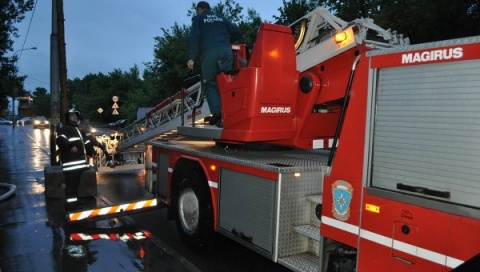 Eight teams of firefighters were working on the site of the blaze. Photo by RIA Novosti

A fire erupted at a market in southern Moscow early on Tuesday, killing at least 12 people.

The blaze burned down a two-floor attachment to a hangar on the territory of the Kachalovsky market on the Varshavskoye Shosse, RIA Novosti informs.

The fire erupted at approximately 04:50 am Moscow time and was extinguished at 07:05.

The fire came hours after a blaze at a skyscraper in Moscow, in which no-one was hurt.