Anti-Baby Pill Father: Only Good Memories of Sofia, Unlike Vienna 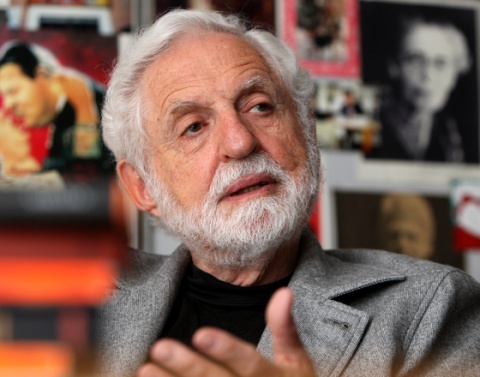 World renowned chemist Carl Djerassi has shared that unlike his birth town Vienna, he has cherished throughout his life only good memories of Bulgaria, which remained a safe haven for Jews during the war.

"It is in Bulgaria that I learned to speak English. I attended the American College of Sofia for more than a year. Unlike Vienna, the city where I was born and which forced me to flee, I cherish only good memories of Sofia," the chemist who made possible the invention of the birth control pill, said in an interview for the Bulgarian Trud daily.

"Bulgaria treated well its Jews. My father lived in Sofia until the end of the war and then headed for the United States."

"I seize every opportunity to talk about Bulgaria. When Austrians say that I left Vienna in 1938 and headed for the US I am quick to correct them. I always say: "I did not leave Vienna, you threw me out of it. And before going to the US, I was in Bulgaria."

"The year that I spent at the American college of Sofia was crucial for me, I received excellent education. Once in US, my diploma was not only recognized, but I was also allowed to skip two years and go straight to the university."

Carl Djerassi said his invention was not to blame for the demographic imbalance in Europe, which was a result of a mixture of factors. The solution, according to him, lies in leading an intelligent immigration policy.

The processes of reproduction are often topics of his lectures during his trips abroad and he can't escape drawing comparisons between Bulgaria and Austria.

"The two countries have similar size, population, increasing number of elderly people and decreasing birth rates – 1.4 children per woman. Both Bulgaria and Austria are geriatric countries and should be well aware that a refusal to welcome immigrants would be equal to suicide. In Austria, for example, persons aged 65 will very soon account for 20% of the country's population."

Carl Djerassi expects that the trend in delaying childbearing is unlikely to reverse and the in vitro fertilisation will gain even more popularity.

He forecast that more and more women in their twenties would decide to undergo egg freezing to allow time to build a career, a relationship, or become financially stable.

"Bulgaria is primitive in its conception prevention practices, when compared for instance with the Scandinavian countries. The reason why I am saying this is the extraordinary number of abortions in Bulgaria," the scientist explained.

Djerassi, now 89 years old, was one of three researchers whose formulation of the synthetic progestagen Norethisterone marked a key step in the creation of the first oral contraceptive pill. He has repeatedly said that young Europeans who fail to procreate are committing national suicide.

Carl Djerassi was born in Vienna where his father, Samuel, a Sephardic Jew originally from Bulgaria, was a doctor who specialized in VD. His mother, Alice, an Ashkenazi Jew, was a doctor who became a dentist. They divorced when he was four. From then on, he lived with his mother in Vienna, but spent his holidays with his father in Sofia.

Then, in 1938, after the Anschluss, his parents remarried (although only for two days) so that Carl's mother could escape Vienna for Bulgaria, which remained a safe haven for Jews during the war. In 1939, Carl and his mother traveled to America, where his father joined them in 1948. Carl didn't return to Vienna until a few years ago, when an Austrian televise on company made a documentary about him.

Djerassi has repeatedly visited Bulgaria and says he is always happy to come back to put on stage his latest plays.