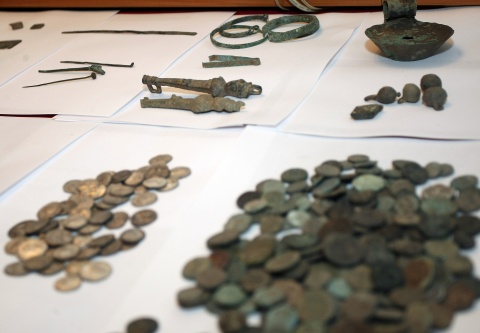 A large number of antique coins have been seized by Bulgarian police from illegal treasure hunters.

The police operation had been conducted Sunday in the region of the eastern Rhodoppe Mountains, according to the Interior Ministry's press center.

Two men, ages 36 and 56, have been arrested in the village of Solishte and the town of Dzhebel. Both have criminal records.

339 coins, tools for the making of counterfeit coins, a stamp, coin-making metal and a riffle have been seized, along with four very valuable antique coins that have been found in the house of the 36-year-old man in the city of Plovdiv.