Bulgaria, Villa Captain Petrov Thanks All for Support 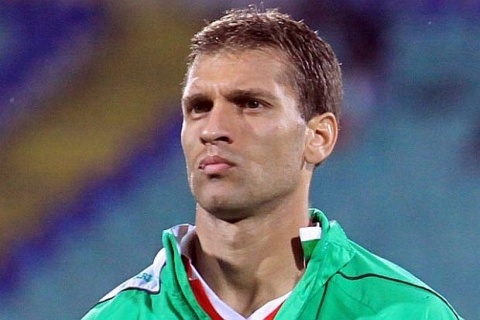 Bulgaria's captain Stiliyan Petrov has thanked all fans for their support. Photo by Sofia Photo Agency

The captain of Bulgaria and Aston Villa Stiliyan Petrov, who has been diagnosed with Acute Leukaemia, has issued a statement of gratitude for the overwhelming support he got from fans.

"I would like to thank all of the people who have left messages of support - the response has been overwhelming and I appreciate it very much," Stiliyan Petrov said Saturday afternoon in a special statement published on the Aston Villa club website.

"This is a difficult time for my family and myself and I ask people to respect our privacy. With the help and love of my family, my teammates, all of my friends in football, Aston Villa Football Club and all of the fans, I am sure I will beat this illness and I am determined to do this," reads Petrov's statement.

"I saw the picture released yesterday by Fabrice Muamba, my fellow player, and it has inspired me, as has all of the support in the past 24 hours. For me, football will have to take a back seat for a while, but I'm here to support my teammates today and I will continue to support them, as I know they will support me. Thank you to everybody," added Stanley, as he is also known in Bulgaria.

Petrov has been playing for Villa since 2006, after seven seasons in Celtic; before that he played for CSKA Sofia and PFC Montana. He has 105 appearances and 8 goals for the Bulgarian national football team.