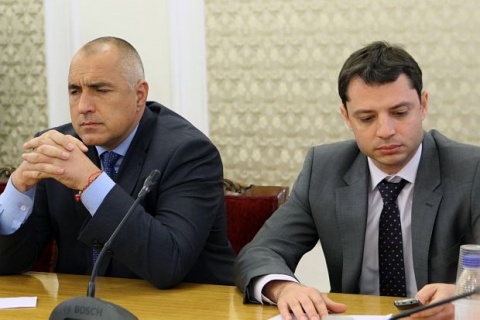 Atomstroyexport, the Russian contractor selected to build the Belene NPP, will not give up on the lawsuit for EUR 58 M against Bulgaria's National Electric Company (NEK) at the International Court of Arbitration in Paris.

The information was published Friday by Russia's business daily "Vedomosti," just in the eve of the arrival in Moscow of Bulgaria's Economy and Energy Minister, Delyan Dobrev. Dobrev is set to ask the Russian side to agree on stopping the joint project to build a second Nuclear Power Plant, NPP, in Bulgaria's Danube town of Belene, without the country having to pay penalties.

Russia's state-owned nuclear corporation Rosatom is yet to comment officially on the issue of compensations for the failed Belene project, however, Moscow-based "Komersant" daily writes, citing own sources speaking off the record that the corporation's expensed amount to EUR 1 B and this could be the bill Bulgaria would face.

The sources, said to be insiders in the Belene negotiations, further inform that the decision of Bulgaria's government to scrap the project is political and was, most likely, influenced by the position of the US. The daily notes that the whistle-blowing site WikiLeaks has published documents exposing the US Embassy in Sofia and the American company Westinghouse of pressuring Bulgarian officials.

The unidentified energy expert also slams the idea to use the Russian reactor at the existing Bulgarian NPP Kozloduy as more unprofitable for the country than Belene, adding it would take between 7 and 12 years to finalize it, while inflation can increase the price by 30%-40%.

On Thursday, Bulgaria sent a note to Russia asking it to launch negotiations on the cancellation of the two countries' nuclear power plant project.

Bulgaria's Parliament has already adopted a decision to terminate the construction of the 2000 MW nuclear power plant, a project conceived back in the 1980s.

The construction of the 2000 MW plant by Rosatom subsidiary Atomexportstroy had been delayed with annexes 15 times.

Rosatom had made it clear it is ready to agree on yet another extension of the contract with the Bulgarian government for the construction of the Belene nuclear power plant.

The currently active extension of the 2006 deal between Bulgaria's National Electric Company NEK and Atomstroyexport was set to expire at the end of March 2012.

After selecting Atomstroyexport to build a two 1000-MW reactors at Belene and signing a deal for the construction, allegedly for the price of EUR 3.997 B, with the Russians during Putin's visit to Sofia in January 2008, in September 2008, former Prime Minister Sergey Stanishev gave a formal restart of the building of Belene. At the end of 2008, German energy giant RWE was selected as a strategic foreign investor for the plant.