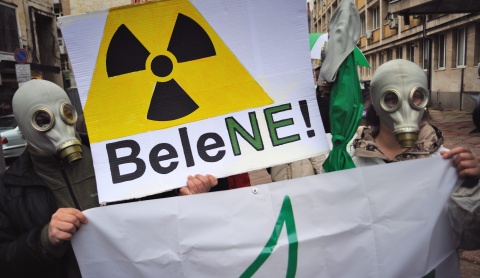 Bulgaria's Belene Nuclear Power Plant will not be constructed, the country's Deputy Finance Minister Vladislav Goranov announced on on Wednesday.

A natural gas power plant will be built in the Danube town of Belene instead, Goranov told reporters after Wednesday's Council of Ministers sitting.

On Thursday, Bulgaria's newly appointed Economy and Energy Minister Delyan Dobrev will travel to Moscow in order to inform Russia of his country's decision to scrap the project.

The construction of the 2000 MW plant by Atomexportstroy had been delayed with annexes 15 times.

Russia's state-owned nuclear corporation Rosatom had made it clear it is ready to agree on yet another extension of the contract with the Bulgarian government for the construction of the Belene nuclear power plant.

The currently active extension of the 2006 deal between Bulgaria's National Electric Company NEK and Rosatom's subsidiary Atomstroyexport was set to expire at the end of March 2012.