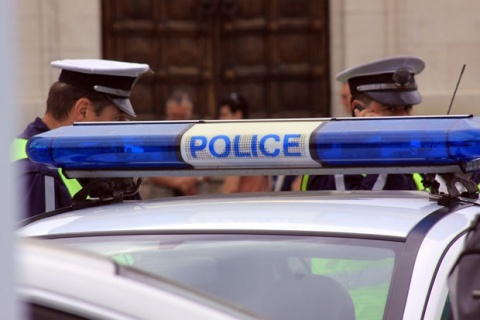 A 34-year-old owner of a bar in the northern Bulgarian town of Polski Trambesh will face legal action after beating up two of his employees and making them stand in the central square with "I steal" signs around their necks.

On September 10, the police department in Polski Trambesh received a tip-off from angry citizens that two boys were standing in the downtown area wearing "I steal" signs.

The police officers dispatched to the location found that the two 20-year-olds had been accused by their employer of stealing the money from the till at the bar.

The businessman assaulted the boys with a snooker cue.

After the beating, he forced them to go out with the signs around their necks to face public reprimand.

It turned out, however, that the boys were not to blame for what had happened.

The employer, said to be a regular at the police precinct for acts of hooliganism, was arrested.

Charges were officially brought against him on Monday.

Another public official prone to resorting to mob law is Tsenko Chokov, Mayor of the northwestern village of Galiche.

In 2002, he was arrested after he tied locals suspected of theft to a poll in the center of the village.

A few months later, he beat up a woman from the village.

Asked to account for his actions, he said that the police had been too passive and that he had had to interfere.

The Mayor of Galiche was taken to court for his actions.