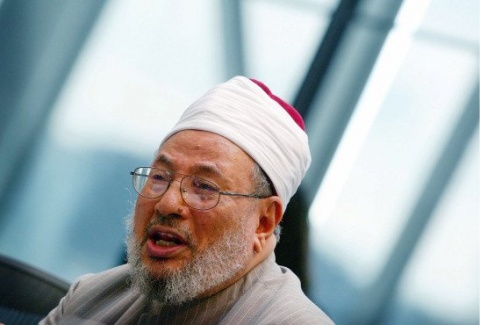 Sarkozy said earlier that Sheikh Yusuf al-Qaradawi was not welcome in France, where he was scheduled to address a conference of the UOIF on April 6, along with fellow Egyptian preacher, Mahmoud El Masri.

Sarkozy made the announcement as part of a security crackdown following a string of killings by an Islamist gunman in the south-west of France. Mohamed Merah, who was shot dead in a gunfight with police in Toulouse, described himself as a "mujahideen."

Sarkozy told France Info radio cited by DPA that he had told the emir of Qatar that al-Qaradawi, a well-known Sunni Muslim cleric with links to Egypt's Muslim Brotherhood, was "not welcome on the territory of the French Republic."

Al-Qaradawi, who hosts a popular show on Al Jazeera television network, has a diplomatic passport from Qatar.

He condemned the September 11, 2001 attacks in the United States but has expressed support for Palestinian suicide bombings.

The UOIF said in a statement it was "surprised" by the controversy over his visit and called on politicians "not to take up far-right themes and harness the tragedy of Toulouse."

Al-Qaradawi was someone who had "a positive influence on the Muslim world and who is constantly attacked by extremist movements because of his modern positions, in favour of democracy, women's rights and dialogue between civilizations," the UOIF said.

He had traveled to Europe and France several times and met Pope John Paul II, the organization said.