Bulgaria's Socialist Leaders Shoot One Another in Hit YouTube Video 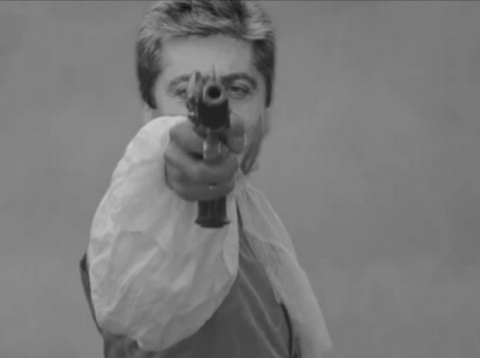 Bulgaria's Socialist Party leaders who are now battling for the chairmanship – ex President Georgi Parvanov and ex PM Sergei Stanishev – have ended up dueling in a hit YouTube video.

The video precedes the 48th Congress of the Bulgarian Socialist Party scheduled for May 19-20, when the delegates will have to make a choice between Georgi Parvanov and his former prot?g? Sergey Stanishev.

Parvanov chaired the BSP in 1997-2001, until he got elected President and eventually served two five-year terms (2002-2012); he promoted Stanishev as his successor, who has been chairing the Socialists even since; in 2005-2009, Stanishev served as Prime Minister in charge of the government of the three-way coalition, which included BSP, ex Tsar and PM Simeon Saxe-Coburg's party NMSP, and the ethnic Turkish Movement for Rights and Freedoms (DPS).

During the video, Parvanov is the first to take a shot; he fails to kill Stanishev even though he imagines him as an argali, a mountain sheep.

The video ends with Stanishev shooting at Parvanov, and declaring in Russian, "I am not an argali, my dear!", a reference to Parvanov's notorious hunting exploit as several years ago, during a state visit to Uzbekistan he is alleged to have shot an argali, a protected species of wild mountain sheep. Parvanov's hunting trips have gotten him plenty of negative publicity.

The leadership battle at the Bulgarian Socialist Party, currently the largest opposition party in the country, came to the fore after the end of Parvanov's second five-year term as President, when he made it clear he wanted to go back to party politics. Parvanov's initial attempt to do that, however, failed as a political movement he founded in 2010, called ABV, failed to take off, leaving him with the only option of seeking to regain the BSP leadership.