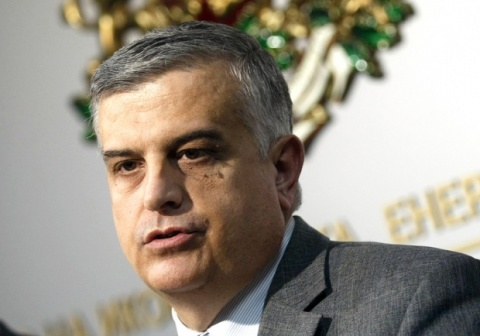 Mihail Andonov, up to now director of Bulgaria's National Electric Company, will chair the Bulgarian Energy Holding. Photo by BGNES

Bulgarian Energy Holding head Yordan Georgiev has been dismissed and replaced by Mihail Andonov, announced the Bulgarian Ministry of Energy and Economy Sunday.

On his part, Mihail Andonov was up to now the director of Bulgaria's National Electric Company (NEK).

"BEH needs a manager who knows in detail the development of the energy sector in Bulgaria. Andonov has worked in energy for 17 years and has an excellent knowledge of its issues," stated the Ministry.

Last November, former Bulgarian Minister of Economy and Energy Traicho Traikov made reshuffles in the BEH board.

However, Traikov was formally dismissed from office this week by the Bulgarian Parliament, after PM Boyko Borisov asked him to resign.

Traikov was replaced by his vice-Minister, Delyan Dobrev, who signed the dismissal of Georgiev and appointment of Andonov to chair BEH.