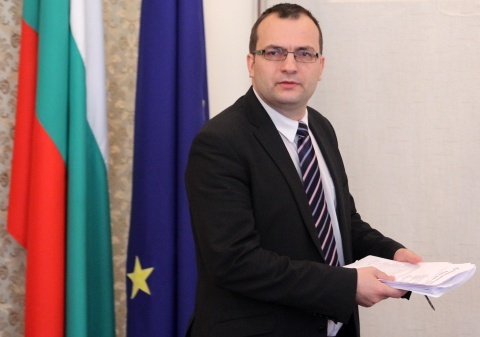 Bulgarian right-wing party Union of Democratic Forces has criticized the news that businessman Nikolay Valkanov is taking over the concession of the Gorubso Madan metal mines.

On Saturday, Union of Democratic Forces leader Martin Dimitrov expressed his dissatisfaction with Valkanov receiving the concession, pointing out that he was once vice president of the notorious Multigroup.

"These are the same people who gave the fee to Dogan," Dimitrov said, referring to the controversial consultancy fee received by Ahmed Dogan, leader of the ethnic Turkish Movement for Rights and Freedoms party.

As a member of the former three-way coalition cabinet, the ethnic Turkish leader, who holds a degree in philosophy, allegedly pocketed BGN 1.5 M as a consultant of four large-scale hydroelectricity projects, funded by the state - 'Tsankov Kamak', 'Dospat', 'Gorna Arda' and 'Tundzha' Dam.

Businessman Nikolay Valkanov took over the concession of the Gorubso Madan metal mines from Valentin Zahariev late on Friday.

Valkanov is a former VP of Multigroup, and currently owns "Minstroy" and Gorubso Zlatograd and has a concession of the "Varba" mine. He is taking over the debts of Gorubso Madan as well, some of which are to First Investment Bank, also a bidder for the Madan concession.