US Sergeant Charged with 17 Counts of Murder in Afghan Massacre 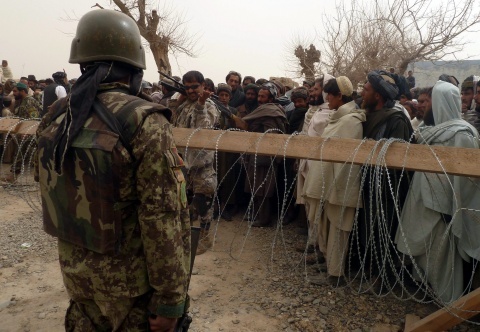 Afghans gather outside a NATO military base to protest the killing of civilians by a US soldier, in the Panjwai district in Kandahar, Afghanistan, 11 March 2012. EPA/BGNES

US staff sergeant Robert Bales has been charged with 17 counts of murder and six counts of attempted murder after his shocking rampage in two southern Afghanistan villages.

On March 11, Bales allegedly left his base in the early morning hours armed with a 9-millimeter pistol and an M-4 rifle, which was also outfitted as a grenade launcher.

He shot Afghan civilians, including women and nine children, while they slept in their beds, then burned some of the bodies.

The sergeant was informed of the charges against him at the military prison at Fort Leavenworth, Kan., where he's been held since March 16.