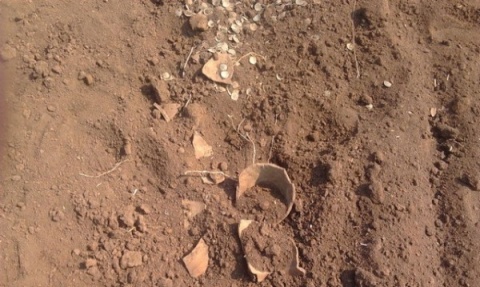 A picture of the coins, discovered by a Bulgarian police officer during his patrol duty. Photo by BTA

"This is the first such occurrence in the last 10 - 15 years when a conscientious person, a good citizen had done such thing. This civil courage is the way to nurture our children," said the Minister of Culture.

"It's nice when officers from the police perform their duties with such high morals. I think what my colleague has done will help preserve history and is a gesture to all Bulgarians," the Interior Ministry commented in turn.

Two days ago, Gergov found and submitted to the Culture Ministiry 2 343 coins from Byzantium times. He stumbled on the treasure during a patrol walk on foot near the village of Kushin, in the Pleven region.

The coins are already at their new home – the National History Museum.