Bulgaria for Austrians - from Bogan to Boutique? 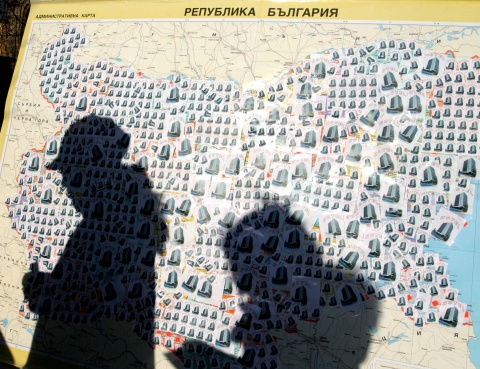 Austria is a traditional holiday destination for well-heeled Bulgarians. In Bulgaria however Austrian tourists are rare species, most often seeking a bargain and a binge. Could the Balkan country change from bogan to boutique to attract more?

On or off the beaten track "Legend has it that when God handed out land to different peoples, he forgot about the Bulgarians. To set things right, he took a piece of paradise and gave it to them."

This is how the communist propaganda preached two decades ago. True, Bulgaria is a holiday address, destined by nature, but for Austrians it is not a spur of the moment affair to pick the timing for a visit here.

Improper management of resources and ill-devised strategy have dragged Bulgaria down to the club of the cheapest tourist destinations in Europe. And this is not where Austrians would flock to. At least not those, who are financially secure and settled down.

Bulgaria's coastline is no longer than 380 kilometers, while its beaches account for less than 150 kilometers. Bulgarian mountains just do not have the resources to compete with those in Europe, Northern and Southern America. The country has no glaciers and its peaks are lower than 3,000 meters.

Right here alternative tourism comes into the picture to lend a hand.

"The rich Austrians would never go to a nature-turned-desert for their vacation. And nobody would pay three times higher prices in order to provide a living for the locals during the eight months when the resort is dead," say local tour operators dealing with alternative tourism.

In the winter resorts of Bansko, for example, summer trekking tourism has been the main source of money by the early 90s. According to alternative tourism operators now it has no chance to become an expensive world-class resort with its authenticity and charm destroyed by overconstruction. "Bulgaria's tourism sustainable development should not focus on major resorts, but should allow tourist industry to regenerate and develop its resources - human, natural and cultural-historical," say they. "Develop the inland, full of charm and traditions, promote our great wines!" "When Austrians decide to go outside their country, they opt for Croatia or Italy," says a Bulgarian young man, who has been living in Vienna for over a decade, but has managed to turn traveling into his hobby and profession.

Austrians feel closer at home in Croatia and Italy – the countries' beautiful scenery of mountains, seas and forests, looked after by an environmentally conscious people, offers a high quality of outdoor life, as well as bringing in lots of well-heeled tourists.

Indoor life benefits from generous state spending on culture, just as Austria does so on Mozart and the Johann Strausses, as well as some alternative staff. Crass and overbuilt. A sea of concrete, sporting "For Sale" notices. One of the things that foreigners should avoid at all costs while in Bulgaria. This is how the Bulgarian Black Sea coast and primarily its resorts have been perceived in the last few years.

The weather may be too hot for the lack of a single tree along its streets, but, unlike other European resorts, the Bulgarian ones will not get you hot under the collar at their price tags.

But if German tourists continue to come to Bulgaria with their families, enjoy the classic combination of hotel, beach and sea, behave relatively well and are active participants in all the recreational activities on offer, tourists from Austria are primarily young people on a binging spree.

"Young Austrians do come to resorts like Sunny Beach, which is known for its wild ways. These people make no difference between the beaches in Bulgaria or any other country, they are just seeking sun, cheap beer and noisy nightlife. But I don't think this is bad," the young Bulgarian adds.

"True, rich people don't go to a nature-turned-desert for their vacation. But the retired and young ones would really rejoice at the low prices that Sunny Beach is sporting. And would not say a word about the concrete monstrosities that have done away with practically every inch of green space..."

This is one of the reasons why Bulgaria enjoys good prospects for profitable summer season, attracting young Austrians too.  Prices as low as EUR 300 per week for an all inclusive package may play an important part the time comes to decide where to spend their money and enjoy the summer sun and the sea. On the other hand, they can make a good holiday out of what appears a bad bargain in all those places flung in between the still virgin far-north and far-south and their peaceful beaches. All they have to do is stay in explorer mode and be sober enough, of course!