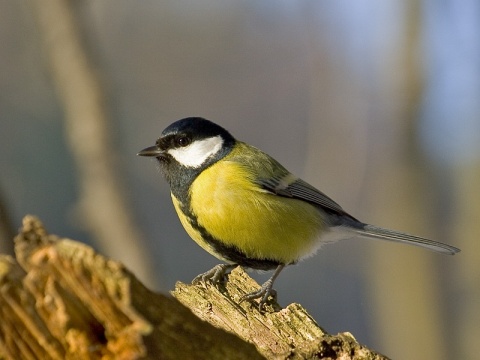 The Great Tit has won the vote for Bird Symbol of Sofia. Photo by http://bgbirds.com

Sofianites have picked the Great Tit (Parus major) as a symbol of the capital.

The poll was conducted in the period January 28 – March 15 and attracted a total of 8600 votes for 12 options.

The Great Tit emerged as the winner with 24% of the votes, followed by the Eurasian Collared Dove (Streptopelia decaocto) with 20% of the votes and the House Sparrow (Passer domesticus) supported by 16% of the voters.

The poll was launched as part of the "See for the first time: The flying wealth of Bulgaria" project of the Bulgarian Society for Protection of Birds financed and supported by the America for Bulgaria foundation.

The winning species will be awarded with a special installation in Sofia's Southern Park.

The installation will be the starting point for bird-watching routes that are yet to be marked with directional signs and notice boards.

The project, which aims to promote Bulgaria as a destination for eco-tourism and an important ornithological site, is to be completed by early June.