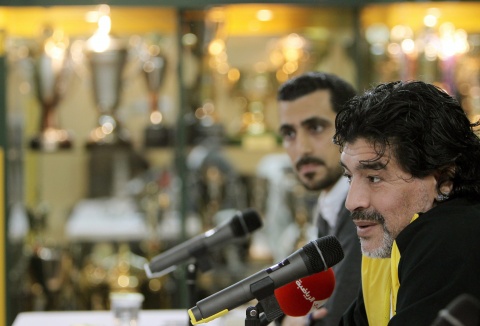 Jose Mourinho is currently the best coach in the world, according to Argentine legend Diego Armando Maradona.

Maradona has also revealed that he would like to see Sergio Aguero join Real Madrid. Aguero is his son-in-law and he believes that Spain's Primera Division is the perfect place for him.

The Argentine star has commented on his close friend, former Barcelona striker Hristo Stoichkov, stating they are both "mad", but in the good way.

"He is mad like me. We are equally mad and that has helped us in our football careers and in our lives. That's what made us such good friends," Maradona has told the Bulgarian 24 chasa daily. He wished Stoichkov well in his new venture as coach of Bulgarian champions Litex Lovech.

Both Maradona and Stoichkov are known as flamboyant and often unpredictable characters.