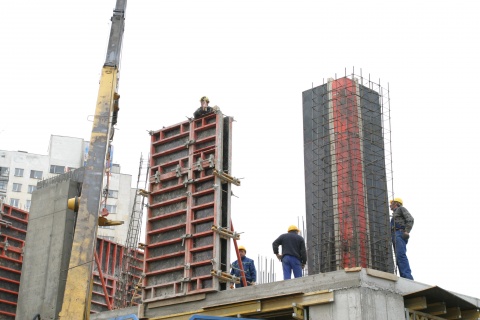 In 2011, prices of residential buildings in Bulgaria went down by 10%. File photo

Bulgaria has been ranked sixth by the increase of price of residential buildings, according to the global ranking of Lloyds TSB International.

The total rise in prices in the country is more than twice higher than the one recorded in Great Britain, which is 13th in the rankings.

Growth in Bulgaria is larger by nearly five times than the one in Eurozone countries, which register an average increase of 23% in housing prices for the decade.

Lloyds survey shows that emerging markets have reported the strongest growth rates in prices over the past decade. A total of four of the top six markets, leading the ranking, are developing economies. The three markets with the largest increases among the 32 countries included in the report are also developing economies.

India leads the ranking with total real growth of 284% for the period. It is followed by Russia, South Africa and Lithuania, respectively registering increases of 209%, 161% and 143%. Hong Kong ranks fifth with an increase of 125% for ten years.

The strongest growth rates in housing prices are naturally reported in those countries which have registered the strongest Gross Domestic Product, GDP, growth. The huge price increases in India partly reflects an increase of 280% of GDP in the country for the period, according to the Lloyds report.