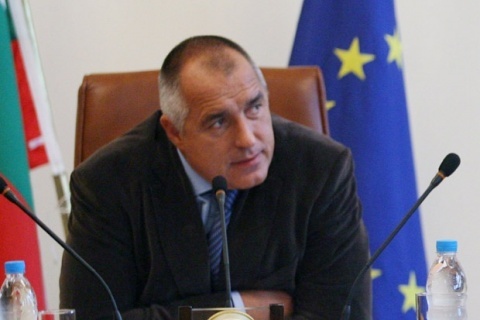 The Bulgarian government does not defend the interests of any energy companies, but rather the ones of all citizens, said Bulgarian PM Boyko Borisov.

Speaking in an interview for channel TV7 Sunday, Borisov denied chronic accusations that he is favoring Lukoil Bulgaria, the largest seller of fuels in the country, by pointing out to a cartel ruling issued earlier this week.

Friday Bulgaria's anti-trust body, the Competition Protection Commission, announced the ruling on a check it had been conducting, stating that Lukoil, OMV Bulgaria, Rompetrol Bulgaria, and Naftex Petrol are engaged in price-fixing cartel.

"The Competition Protection Commission is comprised predominantly from representatives of the GERB party I chair, and it is precisely this composition of the Comission that issued the first cartel ruling in the fuel marked in Bulgaria," said the PM.

The ruling cannot be appealed; fuel providers are entitled to file written objections to it within 30 days, and be allowed a public hearing. Once the objections are considered, the Bulgarian competition watchdog is to issue a final ruling, including with respect to anti-trust fines.

At any rate, Minister Traicho Traikov was dismissed by Borisov just this Thursday, over what the PM termed as "excessively sluggish work" at the ministry, and a failed business forum organized in Qatar.

During last year, Lukoil was in the center of another controversy, after the state repealed part of its licenses for failure to comply with tax regulations.

According to Borisov speaking Sunday, Lukoil has already fulfilled its obligations to install fuel meters at its facilities.

In the TV7 interview Sunday, Borisov defended his decision to fire Traikov, saying that there was no external influence that made him do the move, as well as that his ex-minister had been given the chance many times before.

"I had even dubbed 2012 "the year of Traikov and the year of growth," but it's March now and little has been done," said Borisov.

He further stated that the Ministry of Foreign Affairs headed by Nikolay Mladenov had no role whatsoever for the Qatar fiasco, contrary to what Traikov had suggested.