No Referendum on Belene NPP per se, Bulgarian President Says 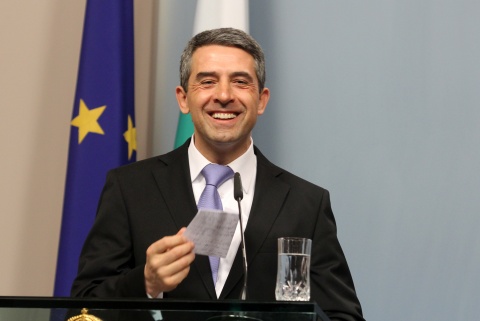 There will be no referendum on the future of Bulgaria's Belene nuclear power plant, as it would be illegal under the country's legislation, President Rosen Plevneliev explained on Friday.

However, he clarified that a referendum can be held on the potential installment of new nuclear capacities. The topic is on the agenda. Plevneliev declared.

Earlier on Friday, Prime Minister Boyko Borisov said he would ask the President to initiate a referendum on Belene and on shale gas.

In an interview for BNT, Borisov dismissed as "non-sense" reports that former Economy and Energy Minister Traicho Traikov was axed because he had been against the project to build Belene with Russian financing.

The PM stressed that he had sent Traikov and Finance Minister, Simeon Djankov to Moscow to "tell the Russians that Bulgaria is giving up on the project."

Borisov stated that the reactor initially meant for Belene will be installed in the country's sole existing NPP, Kozloduy. However, he did comment on whether a decision has been taken to scrap the Belene project.

In October, Bulgaria and Russia reached an agreement to extend the negotiations over Belene nuclear project by another six months as of the beginning of October amidst continuing haggling over its price and feasibility.

The contract between Bulgaria's National Electric Company NEK and Russia's Atomstroyexport, a subsidiary of Rosatom, was extended by the end of March.