ACTA Now Frozen in Slovenia, Too 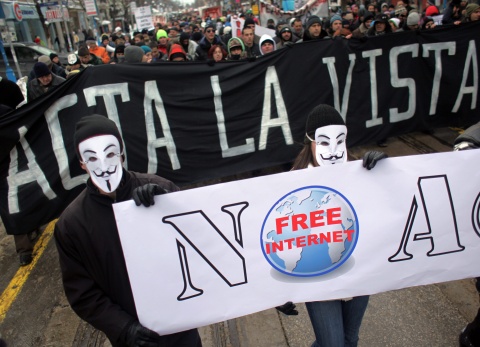 Slovenia's new center-right government has suspended the ratification of the controversial ACTA trade agreement until the EU reaches a stance on the issue.

"We have decided to freeze the ratification since the debate on ACTA is continuing within the European Union," government spokesman Anze Logar told journalists on Thursday.

"It would be senseless to prejudge the outcome of that debate," he added.

In January, Slovenia's former center-government signed the agreement in Tokyo together with 21 other EU member states and 10 other countries, including the US, Japan, Canada, Australia and South Korea.

Austria, Bulgaria, the Czech Republic, Germany, Latvia, Lithuania, Poland and Romania have also said they would not ratify ACTA.