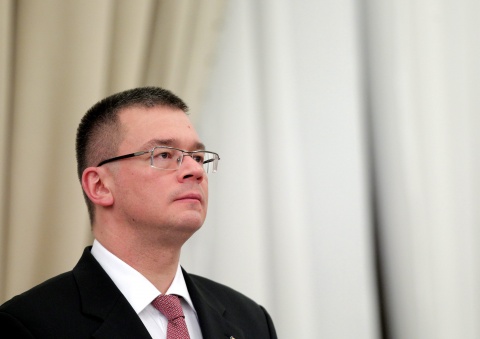 Romanian new Prime Minister Mihai Razvan Ungureanu looks ahead during the swearing in ceremony at the Presidential Palace, in Bucharest, Romania, 09 February 2012. EPA/BGNES

Romanian PM Mihai Razvan Ungureanu has demanded an extraordinary meeting with EU leaders regarding his country's bid to join the Schengen Agreement.

Ungureanu believes it is high time Europe discussed how it could react to the increasing impact of far-right and anti-European parties.

"We ask for fair treatment because such extremist behavior puts the integration process on hold," Ungureanu told reporters in Bucharest on Wednesday.

According to Ungureanu, the Dutch decision to block Romania and Bulgaria's Schengen entry is due to the Dutch government's dependence on the far-right Freedom Party (PVV) of Geert Wilders.

The Netherlands has stated that it needs to see two positive CVM reports before letting Bulgaria and Romania join the Schengen Agreement with their air and sea borders.