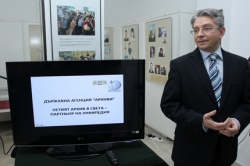 Parts of the Bulgarian state archives will be published in Wikipedia, Martin Ivanov, head of the country's Archives State Agency, has announced.

Thus, the Bulgarian-language Wikipedia content will be enriched with various facts, data and pictures, Ivanov has explained, as cited by BGNES.

The Archives State Agency, the Bulgarian body which deals with collecting, preserving, arranging and use of historically valuable archival records, has become the country's first institution to start cooperating with Wikipedia, the official has pointed out.

The Bulgarian state archives are to become the fifth after those of the US, Great Britain, Norway and the Netherlands to officially publish data in Wikipedia.