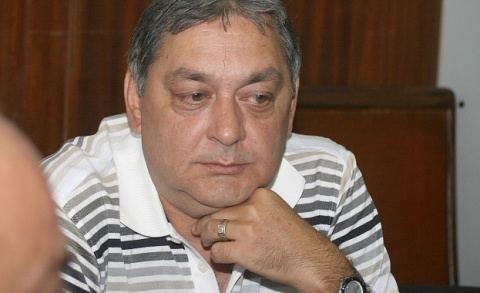 Dr. Tsvetan Raychinov managed to keep his post as Chairman of the Bulgarian Doctors Union. Photo by BGNES

The Chairman of the Bulgarian Doctors Union, Tsvetan Raychinov, was reelected at the post Saturday at a forum of the organization, held in the northern city of Pleven.

Raychinov was able to keep the post after a runoff against the Chair of the Doctors Union in the central city of Veliko Tarnovo, Mariyana Kirilova. He collected 212 out 340 votes.

There were two other candidates – the former Chairman of the Union, Andrey Kehayov, who withdrew earlier in the race, and the former Head of the Interior Ministry hospital, Geno Kirov.

The forum began with a scandal after 5 delegates from the northeastern city of Targovishte, representing 300 physicians, were banned from taking part in the vote over unpaid membership dues. This became the grounds for Kehayov's withdrawal, who undertook the move in sign of protest.

He stated that the Union's leadership fails to use democratic forms in its management and the incident was a stark proof for the hardship of Bulgarian medical professionals.