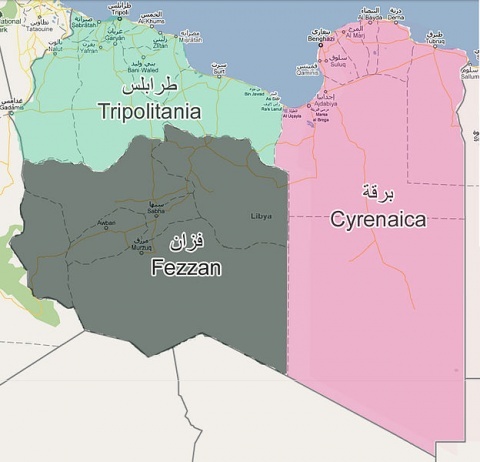 The semi-autonomy declared by Eastern Libya Tuesday is irreversible, said Friday Ahmed Al-Zubair al-Senussi, a local clan leader appointed to manage the affairs of the region.

Tuesday the largest and richest in oil deposits among Libya's three regions declared stronger autonomy an called for federalism, in a move many have warned will lead to a falling apart of the Libyan state.

East Libyan leaders celebrating the start of the uprising that ousted long-term leader Muammar Gaddafi vowed to end what they saw as standing marignalization of Eastern Libya within the country and appointed a council to manage the affairs of the region.

Ahmed Al-Zubair al-Senussi, long-time political prisoner during the Gaddafi regime and great-nephew to ex Libya king Idris, has been appointed to chair the council.

When built after the Second World War, Libya was formed by uniting the three provinces of Tripolitania, Cyrenaica and Fezzan.

The anti-Gaddafi revolt in 2011 was ignited predominantly in Benghazi in the east, Cyrenaica's main city and Libya's second-largest.

Libya's National Transitional Council, which has governed the country after the ousting of Gaddafi, albeit for a time seated in Benghazi, has repeatedly warned against autonomization of regions, arguing it would lead to a splitting of the country.