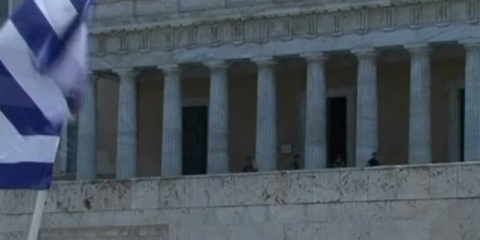 Athens needed to get 75% agreement from private bondholders on debt swap so it can get access to a second bailout. File photo

The Greek government announced Friday morning that it has secured sufficient support for a debt swap deal that will enable it to avoid defaulting on its debts.

The Hellenic Republic Ministry of Finance said that 85.8% of private bondholders had agreed to the plan, BBC reports Friday.

Greece's private creditors have agreed to replace the securities they own with new ones by taking a nominal loss of 53.3%, after the deadline for completion of negotiations expired at 10 pm local time Thursday.

Athens needed to get 75% agreement to be able to push through the deal.

It needs the debt swap so it can get access to a second bailout from the European Union, European Central Bank and International Monetary Fund.

The haircut should be extended to EUR 206 B of Greek government debt, of which EUR 177 B were issued under Greek law. The deal aims at wiping off EUR 107 B from the obligations of Athens, but 95% of all bondholders must participate in order to achieve this goal.