Bulgaria's Spa Sector to Flourish Again due to Russians, Turks 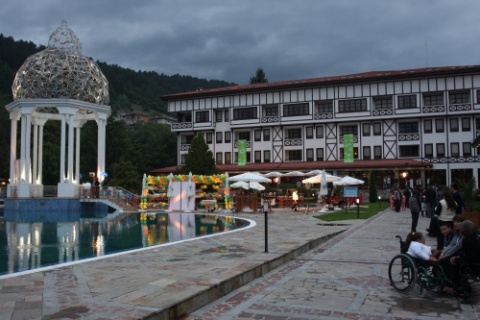 Bulgaria's spa industry saw positive signs of recovery in 2011 even though a far cry from the boom years during the previous decade, figures show.

The number of tourists, who visited balneo-spa hotels in Bulgaria to enjoy the balmy effects of the procedures on offer, increased by 8% last year, according to data of the country's balneo and spa tourism association.

Industry officials expect balneo and spa tourism revenues to continue to increase in 2012 due to the recognition of Schengen visas for Russian and Turkish tourists.

The first modern balneo-spa hotels in Bulgaria were built in the towns of Devin and Velingrad.

Shortly before Bulgaria's accession to the European Union this type of hotels began to mushroom across the country together with the creation of SPA centers in hotels, the most attractive of which are those along the Black Sea coast.

The foundation on which this booming industry thrives is a wealth of springs of healing mineral waters.

It is namely the wide use of mineral waters that makes the Bulgarian variation of the spa culture unique as compared to the Russian bath, the Turkish bath, the Scandinavian sauna or the Asian massage centers.

The effects are beneficial not only for the man who suffers from a particular illness but also for those who is considered healthy but wants to shed the side effects of a stressful and hectic life.

Local experts have however recently struck a much more down-to-earth note by pointing out to the lack of strategy for the future of balneo-spa tourism, legislation and norms in staff recruiting and training.