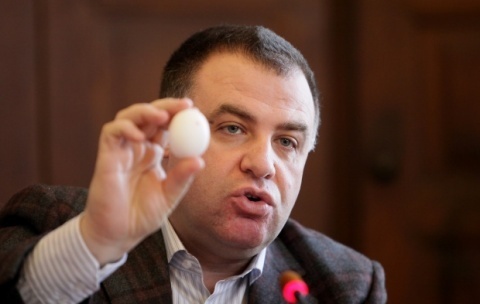 Poland will increase its exports of eggs to Bulgaria, thus normalizing the market in the country after its recent shocking egg price hike.

Bulgaria's Agriculture Minister Miroslav Naydenov has already talked with his Polish counterpart Marek Savicki, who has assured him that he will contact local producers immediately, the Bulgarian Agriculture Ministry has announced.

Poland is the largest egg producer among the EU 27.

Egg prices in Bulgaria doubled in the course of the last two weeks, exceeding EUR 0.25 per egg at some places.

If a cartel agreement among egg producers is proven, the financing intended to compensate producers for complying with EU requirements on laying hens' welfare will be stopped, Naydenov warned on Tuesday.