Bulgaria Moves to Bring Back Historical Treasures from Abroad 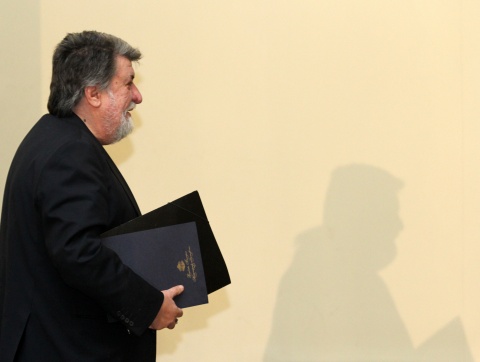 Bulgaria is launching a campaign to bring back some of its illegally exported historical treasures from abroad, the country's Culture Minister Vezhdi Rashidov has announced.

The Bulgarian government is currently working towards recovering 160 valuable icons from Italy. In 2009, a total of 2200 artifacts that had been illegally exported to Italy were successfully sent back to the country.

"We will also travel to the US to negotiate and create conditions necessary for bringing back valuable Bulgarian artifacts, since this is precious for our country," Rashidov said on Thursday, as cited by the Bulgarian Telegraph Agency.

"It was only in Canada where I got to understand that illegal antiquity dealership is second only to drug dealing," the Culture Minister added. In June 2011, he delivered 21 000 antique objects from Canada to Bulgaria in carry-on luggage following the Canadian Court rule they were illegally exported from Bulgaria.

Rashidov pointed out that countries exist which are not obliged to return such antique objects, but his cabinet is nevertheless coping courtesy of "high diplomacy."