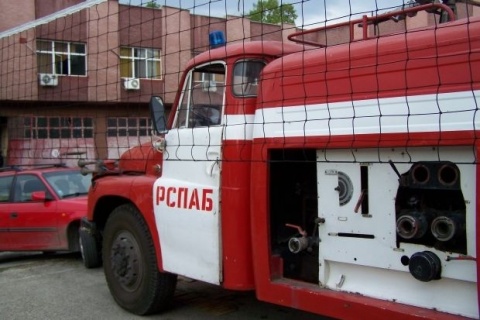 A fire has destroyed two vans, a car, 1500 hay bales and the roof of an agricultural building in the controversial southern Bulgarian village of Katunitsa.

The damaged building was owned by Ivan Rashkov, the deceased son of Roma clan leader Kiril Raskov, but was rented to a resident of Katunitsa, who used it to store hay and agricultural machinery.

The fire broke out at around 2 a.m. on Thursday in the agricultural building located neat the new overpass in the village.

The flames destroyed two vans, a car, some 1000-1500 hay bales and damaged the roof of the building.

Five teams of firefighters were dispatched to put out the blaze.

The fire has been extinguished but there is still smoke coming out of the building.

The cause of the fire has not been established yet.

According to Plovdiv Police Chief Todor Chonov, police are working on all possible versions for the accident, including arson.

Four people have been summoned to testify at the Regional Police Department in Asenovgrad and expert statements are yet to be provided.

Locals believe that the property was deliberately set on fire by some member of the Rashkovi clan in a bid to escalate tensions in the village.

After the incident in end-September 2011, when 19-year-old Angel Petrov got run over and killed by a van driven by an alleged associate of Kiril Rashkov, protesting locals and groups of football fans from the nearby Plovdiv set fire to a number of properties of the Rashkovi clan.

On February 15, the grandson of Kiril Rashkov, Angel, and his aunt, Sabka, filed a civil lawsuit against a resident of Katunitsa, complaining that he had vandalized property of the clan.

Rashkovi demanded BGN 10 000 in compensation for damages incurred to two vehicles owned by the family.

Meanwhile, Sabka Rashkova was given a two-year suspended sentence with four years of probation and a fine of BGN 10 000 for keeping unregistered antiques and art objects.