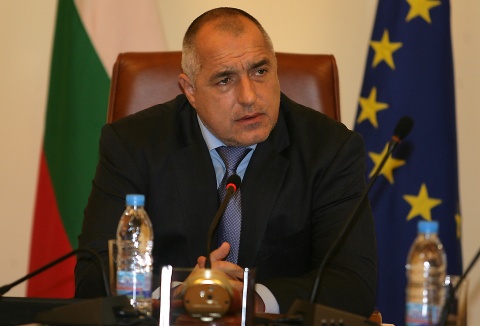 The initial deadline for the repayment of additional financial incentives received by public officials was March 02, but the term was extended to March 07.

The sum is way above the forecast of Finance Minister Simeon Djankov, who suggested last week that the sums transferred to the special bank account would come in at BGN 100 000 for 2010 and around BGN 200 000 for 2011.

At the beginning of Wednesday's regular Cabinet session, Borisov specified that all of the extra money had been transferred to the bank account at Bulgarian National Bank (BNB), except for a sum of BGN 3000 which the Parliamentary Secretary of the Ministry of Culture was expected to give back by the end of the day.

"When we came to power and when we formed a Cabinet, we stated clearly that there would be no fees for board participation. However, the law provides for extra payments in a number of other forms, including from participation in commissions and funds (not from board participation, I repeat), which is why this misunderstanding happened, or should I call it a discrepancy, with what we said at the beginning and what actually happened", Borisov explained.

He called on Ahmed Dogan, leader of the ethnic Turkish Movement for Rights and Freedoms (DPS) party to return the fees he received for consultation services on the Tsankov Kamak hydroelectric power plant project.

"At this stage, all of the extra money received by Ministers, Deputy Ministers, District Governors, and Chiefs of Political Cabinets for 2009, 2010 and 2011 has all been returned," Borisov concluded.

A detailed account of the bonuses and fees for board participation pocketed by representatives of the previous Three-Way Coalition government would be presented on Thursday, Borisov added.