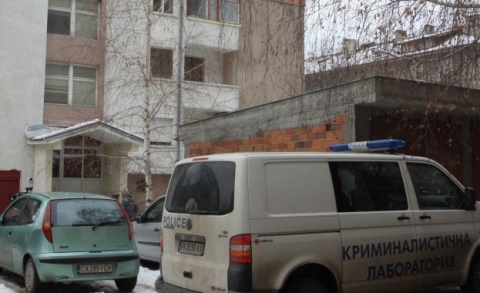 The dormitory in which the 19-year-old victim was murdered. Photo by BGNES

A college student, Ilko Radev, from the northeastern city of Dobrich has been charged with the murder of a dorm roommate.

The news was reported by the private TV channel bTV Thursday morning.

Mario Danchev, 19, a student from the Economy University in Sofia, was stabbed and killed in the dormitory where he lived in the early hours Wednesday.

The twins went out late Tuesday evening on a tour of nearby bars. They returned to the dorm after hours of alcohol drinking and, together with a friend of theirs, engaged in a conflict with the twins' roommate. Mario fell on the ground with a knife in his back in the melee that occurred.

In addition to Ilko, twin brother Martin, and Vladimir Borisov, are under arrest. All deny using a knife. A knife was, however, discovered in the room, but forensics are yet to prove it was the murder weapon.

There are also ongoing blood tests to find out if those involved were intoxicated.

According to bTV, Mario, Martin and Ilko were roommates in dorm 23 in Sofia's Studentski Grad (College Town). Around 2 am Wednesday, Martin decided to return to the room, where Ilko was asleep.

Upon entering the room, Martin started turning the lights on and off and kicking furniture, which angered Ilko, who pushed his roommate out and locked himself inside.

Martin then called his brother and the friend - they arrived and began threatening Ilko they will break the door. The young man inside got scared and opened it – the three then stormed in the room and the fight began.

Relatives of the victim say he was a nice person, and never showed signs of aggression. He was from the western city of Pernik, from the family of two respected physical education teachers. Mario graduated from high school there last year.

Immediately after the incident, Education Minister, Sergey Ignatov, called an emergency meeting of all college presidents in the capital, where it was decided to place all dorms under the authority of the Education Ministry. The presidents asked for making Studentski Grad a separate district to be developed as a modern campus, not a hub of night clubs and bars.

Interior Minister Tsvetan Tsvetanov commented that there is no way to have a policeman at every dormitory, and asked for stricter rules for these buildings.