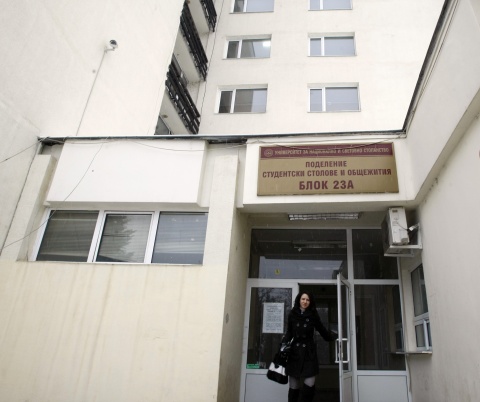 The dormitory in which the 19-year-old victim was murdered. Photo by BGNES

No clear suspect has been named by the police for the murder that took place early on Wednesday in Bulgarian capital Sofia's Student Town campus area.

Mario Danchev, a 19-year-old college student, was stabbed and killed in the dormitory where he lived in the early hours of Wednesday.

The twin brother of the victim, as well as two other youngsters have been questioned by the police regarding the murder case. They have all denied having used any weapons during the brawl that resulted in the fatal stabbing.

The twins went out late Tuesday evening on a tour of nearby bars. They returned to the dorm after hours of alcohol drinking and, together with a friend of theirs, engaged in a conflict with the twins' roommate.

Marion fell on the ground with a knife in his back in the melee that occurred.