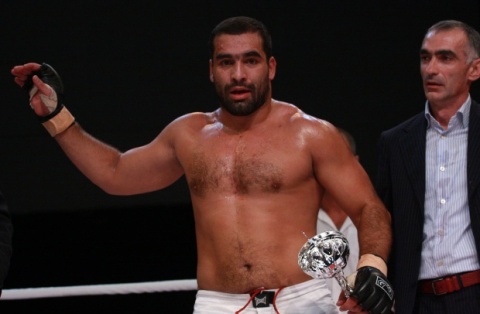 The main suspect in the stabbing of Bulgarian MMA fighter, Blagoi Ivanov AKA Bagata, - 23-year-old D.S. known as Dampela, is been kept behind bars for 72 hours.

The news was reported Tuesday by the Interior Ministry's press center.

The Sofia City Prosecutor's Office has charged Dampela with premeditated murder. The arrest came in the aftermath of Monday police raids and collection of evidence.

The investigative team includes criminal policemen from 1st Sofia Police Precinct and from the Main Directorate Criminal Police. 17 people – participants in the brawl, eyewitnesses, and waiters from the Sofia bar where the incident occurred have been interrogated. Police have also examined CCTV records.

The questioning has led to the conclusion that the crime was due to the consumption of very large amount of alcohol. Police is on the lookout for other participants in the fight.

Dampela has a criminal record for extortion, drug possession and distribution, and fake car registration documents.

It was reported meanwhile that Bagata has been upgraded from critical to stable condition in the Sofia emergency Pirogov hospital.

Sunday night Ivanov and two of his friends had just occupied their places in a bar on Graf Ignatiev Str., in downtown Sofia, when a group of 8 persons armed with bats and knives allegedly came in and attacked them.