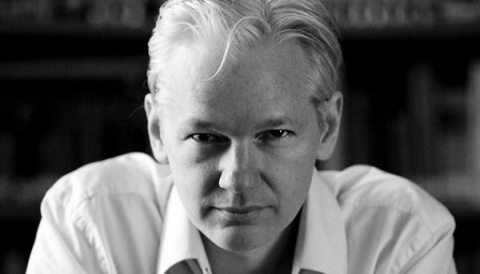 The anti-secrecy website WikiLeaks has begun releasing what it says are 5 million e-mails from the private intelligence company Stratfor.

In a statement released early Monday in Europe, the website promises a raft of juicy disclosures about Stratfor, a Texas-based firm that promotes itself to corporate and government clients as a source of intelligence on international affairs.

The company has been targeted by hackers who have released private data about subscribers in recent months, prompting the company to offer its clients a year of paid identity-protection coverage.

In a statement shortly after midnight ET, Straford said the release of its stolen emails was an attempt to silence and intimidate it.

It said it would not be cowed under the leadership of George Friedman, Stratfor's founder and chief executive officer. It said Friedman had not resigned as CEO, contrary to a bogus email circulating on the Internet.

Some of the emails being published "may be forged or altered to include inaccuracies; some may be authentic," the company statement said.

"We will not validate either. Nor will we explain the thinking that went into them. Having had our property stolen, we will not be victimized twice by submitting to questioning about them," the statement said.

"What is of grave concern is that the targets of this scrutiny are, among others, activist organizations fighting for a just cause."

Assange is fighting extradition from the UK to Sweden over sexual assault allegations, which he denies.