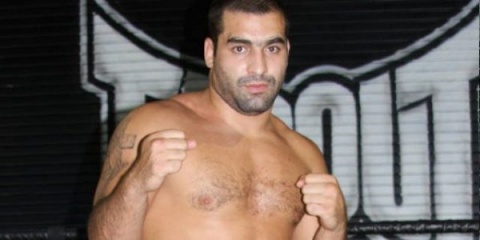 Bulgarian sambo world champion and Bellator fighter Blagoi Ivanov has been stabbed and his life is in danger following a fight in a bar in downtown Sofia early Sunday morning.

Ivanov and two of his friends had just occupied their places in the bar on Graf Ignatiev Str., when a group of 8 persons armed with bats and knives came in and attacked them.

At 5.10 am police came in to find the attackers escaped and Ivanov with a deep stab wound under his armpit that reached to his heart.

The 25-year-old is currently treated in the Pirogov Hospital, his life is gravely endangered.

Blagoi Ivanov, aka Bagata, is known in Bulgaria for organizing and participating in so-called "free fights", in which persons fight according to certain rules, and others bet on the outcome.

In March 2011, he signed a contract with Bellator Fighting Championship to take part in the US heavyweight division.