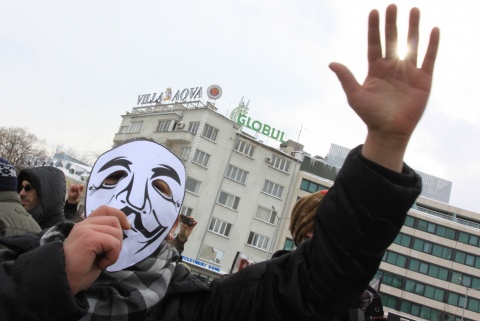 Small-scale anti-ACTA protests were held on Saturday in the capital Sofia, the towns of Blagoevgrad, Vidin, Dobrich and Sandanski. Photo by Sofia Photo Agency

No more than 150 Bulgarians joined the second protest against the controversial international Anti-counterfeiting Trade Agreement, ACTA, held on Saturday in the capital Sofia.

The rally was held under the initiative of "No to ACTA," and was part of global demonstrations held on February 25.

Similar, small-scale anti-ACTA protests were held in the towns of  Blagoevgrad, Vidin, Dobrich and Sandanski.