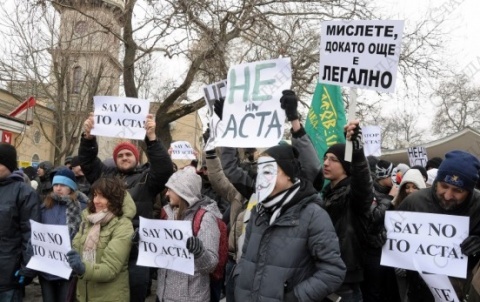 On February 11, thousands marched through downtown Bulgarian capital Sofia and a number of cities across the country to protest the ACTA agreement over fears it would severely violate internet freedoms. Photo by BTA

The rally is under the initiative of "No to ACTA," and is part of global demonstrations held Saturday.